Why do animals look similar in some ways, but different in others? This activity helps you find out why! 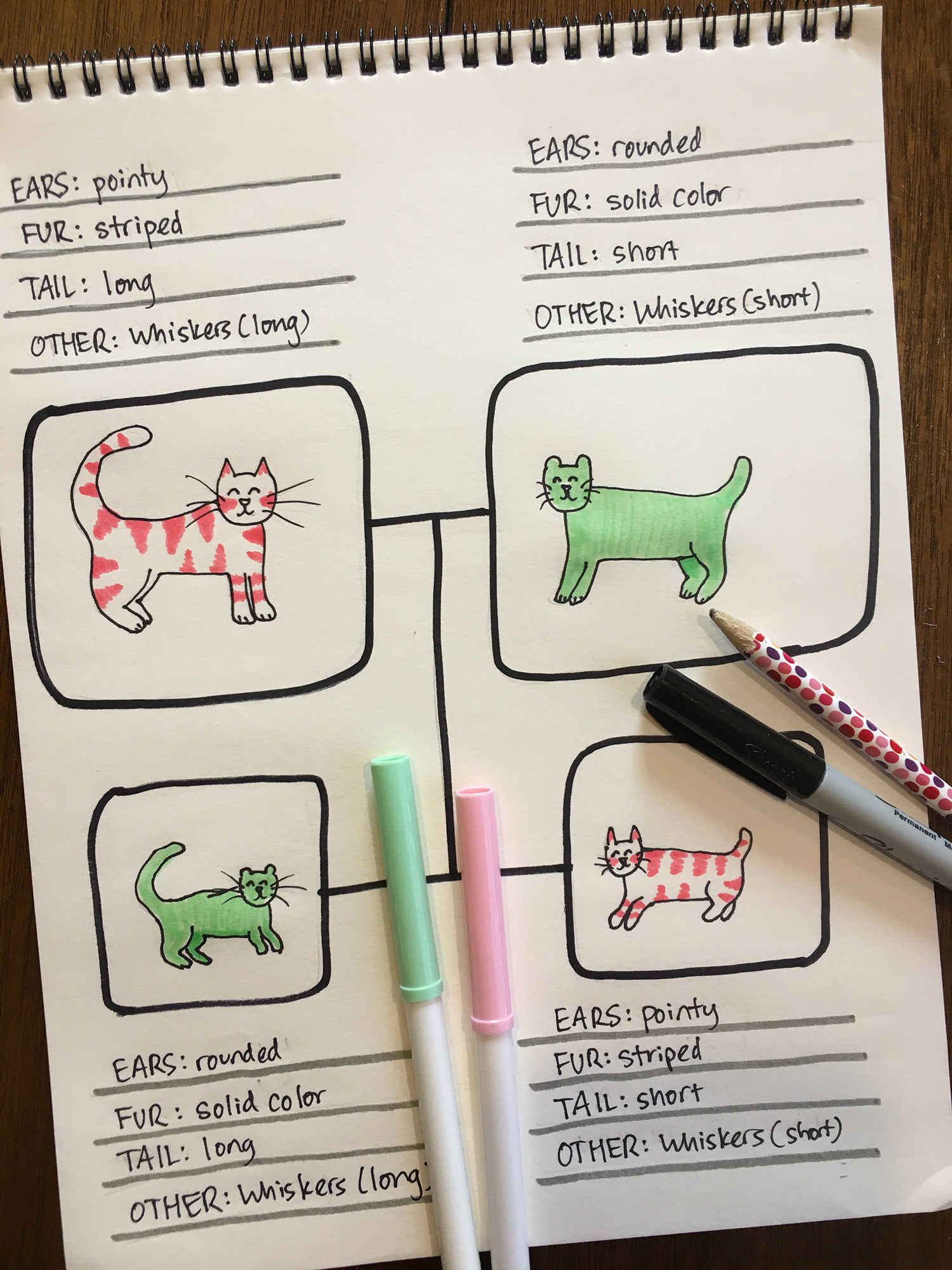 Do you look like your parents? If you ask to see pictures of them around your age, you might be surprised at how much you look alike. Or by how different you look. But what causes this to happen? Click here for a quick video explaining the process and then look farther down this page for a fun activity where you can design your own animal!

We’re going to draw four animals, two parents and two kids, and look at the traits they have in common.

In real life, differences and similarities between parents and children aren’t as random as the roll of a dice! Some traits are dominant, meaning it is somewhat more likely that they will be passed on to a baby. Other traits are recessive, meaning they are less likely to be passed on.